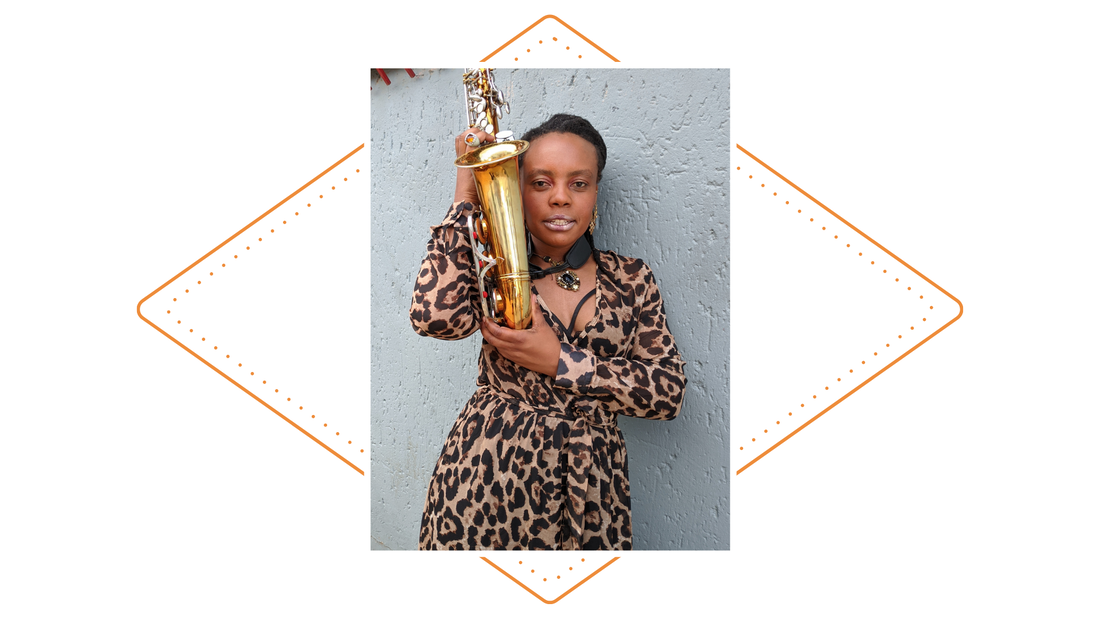 Impelling the growth of jazz female instrumentalists in South Africa, Linda Tshabalala is a saxophonist from Daveyton, Benoni. Introduced to music in the course ofher high schooling, after matriculating Linda resolved to pursue a career in music. In 2002 she joined the Music Academy of Gauteng under the tutelage of Bra Johny Mekoa.

Within the first year, she assumed a position in the Academy's big band and subsequently toured Holland and Sweden with the band. In 2004 she was part of the big band that was invited to perform at the then International Association of Jazz Educators in New York.

Having attained performance experience, she obtained a hotel residency in South Korea as part of a trio which was inclusive of piano and bass in 2006/2007. She is now currently a former teacher of music academy of Gauteng in 2019.

Linda possesses a diploma in jazz performance from the University of Cape Town and attained the honors degree from Tshwane University of Technology. An avid coordinator, as a student she was part of an organization called R.Y.T.H.M (Reaching Youth Through Music) and JFCI (Jazz Camp For Female Instrumentalists) now known as INFI (International Network of Female Instrumentalists). She has had the privilege of performing with the likes of Kevin Mahogany, Everett Green, Hugh Masikela, Barney Rachabane, Nomvula Ndlazilwane, Frank Biyong (Holland), Pat Matshikiza and Thandiswa Mazwai. Whilst a student at the Academy, she opened for Wynton Marsalis upon his visit at the academy. She is also a former member of Young Lions, an ensemble initiated by Nduduzo Makhathini in 2011.

Linda performed with Simphiwe Dana at the iconic cape town jazz festival on 2018, where miss Dana's all women band was unveiled honouring Winnie Mandela and get contribution to the struggle. She became a recipient of the SAMRO mobility fund in 2019 which assists musicians by funding their tours in and around SA and the SADC region.

She has finally released her debut album with much anticipation from the public, called Convergence: Bekezela Siyeza on 15 January 2020. The album is a culmination of songs from her student days to date, it's a reflection of all the work and time it has taken for her get to this point in her career. As she has been around in the music industry for more than 10 years. The album sound is a mix of African and jazz sounds with songs such as Nomza; a dedication to Linda's mother and Vusamazulu Sanusi which pays homage to the late Credo Vusamazulu Mutwa.